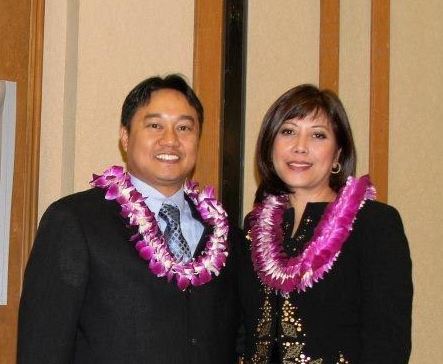 Congratulations to one of our very own board member Bennette Misalucha, who has been appointed by Governor Ige to fill the late Senator Breene Harimoto’s State Senate seat.

Senator Harimoto was beloved by all his constituent in Pearl City/Aiea area because he poured his heart and faith into serving the people.  You have served the community for many years.  No one is more qualified and deserving than you are to fill his shoes.

Congratulations!  You make us proud!

“Bennette is a long-time member of our community, and she understands the current issues and challenges we face. I know she will ably represent the residents in this district until the new senator is elected in November,” said Gov. David Ige.

Misalucha is a community leader in Hawaiʻi who has held key executive positions in banking, marketing, public policy and community outreach sectors. She has owned her own business strategy and communications company since 2008. Prior to this, she was Vice President and Regional Director for Government and Community Relations for Actus Lend Lease, and she spent more than 16 years in banking where she fulfilled a variety of responsibilities. Her last role was in Corporate Banking as a Senior Vice President and Senior Manager at Central Pacific Bank. Early in her career, Bennette spent seven years in the media world as a reporter, writer and news producer, both locally (KHON Channel 2 News) and in the Philippines.

“I am humbled by this opportunity, as service to others has been my lifelong calling.  My great desire is to continue the meaningful work that Sen. Breene Harimoto has started. I think our community deserves no less,” said Misalucha.

Misalucha will take office once the state senate qualifies her and administers the oath of office.

Dive straight into the feedback!Login below and you can start commenting using your own user instantly